close
We've sent you an email with a link to update your password.

A password reset email has been sent to the email address on file for your account, but may take several minutes to show up in your inbox. Please wait at least 10 minutes before attempting another reset.

Registering for this site allows you to access your order status and history. Just fill in the fields below, and weâll get a new account set up for you in no time. We will only ask you for information necessary to make the purchase process faster and easier.

Designed with science in mind and crafted using amazing laws of physics Moondrop seemingly defies gravity and let's you explore the free fall on the Mars and Moon. Whether you are a fidgeter, science...

Designed with science in mind and crafted using amazing laws of physics Moondrop seemingly defies gravity and let's you explore the free fall on the Mars and Moon. Whether you are a fidgeter, science enthusiast or just love cool gadgets you will enjoy playing around with it.

How it works is, the copper ring drops down the tube while crossing the opposing magnetic field of three neodymium magnets inside of the toy. This creates resistance that slows the copper rings drop to the same levels as gravity on the moon.

Ever wanted to drop something on the Moon? Well, this is your chance.

Originally we designed Moondrop to imitate the Lunar gravity. It is precisely calculated so vertically falling slider moves at similar speed like you were dropping any object on the lunar surface. The gravity on the Moon is 1,6 m/s² which is only about 1/6th of that on Earth. Since there is vacuum on the moon there is also no air resistance- this makes any object no matter how big free fall in the same speed. How cool is that?

During the prototyping process idea evolved and we created the second version with copper slider that imitates the free fall on the Mars. You can compare the Gravity between all three- Earth, Mars and Moon. 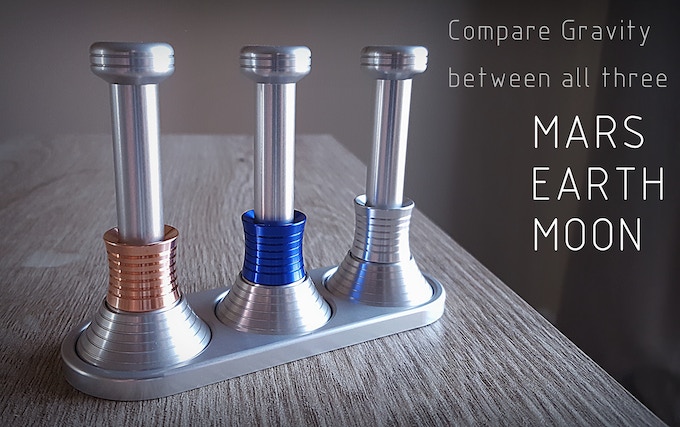 Each Moondrop comes with beautiful desktop stand. It is pocket sized and perfectly fits in a palm so you can take it anywhere you go. 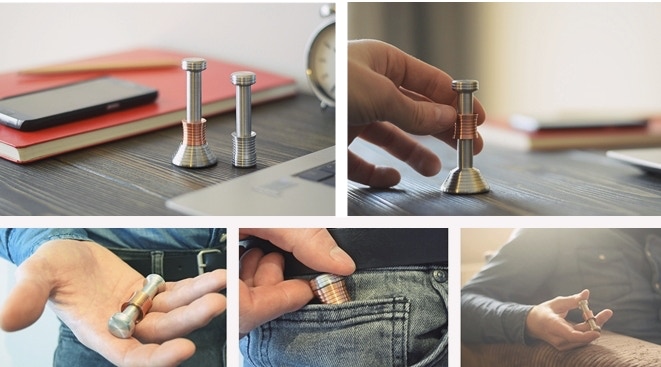